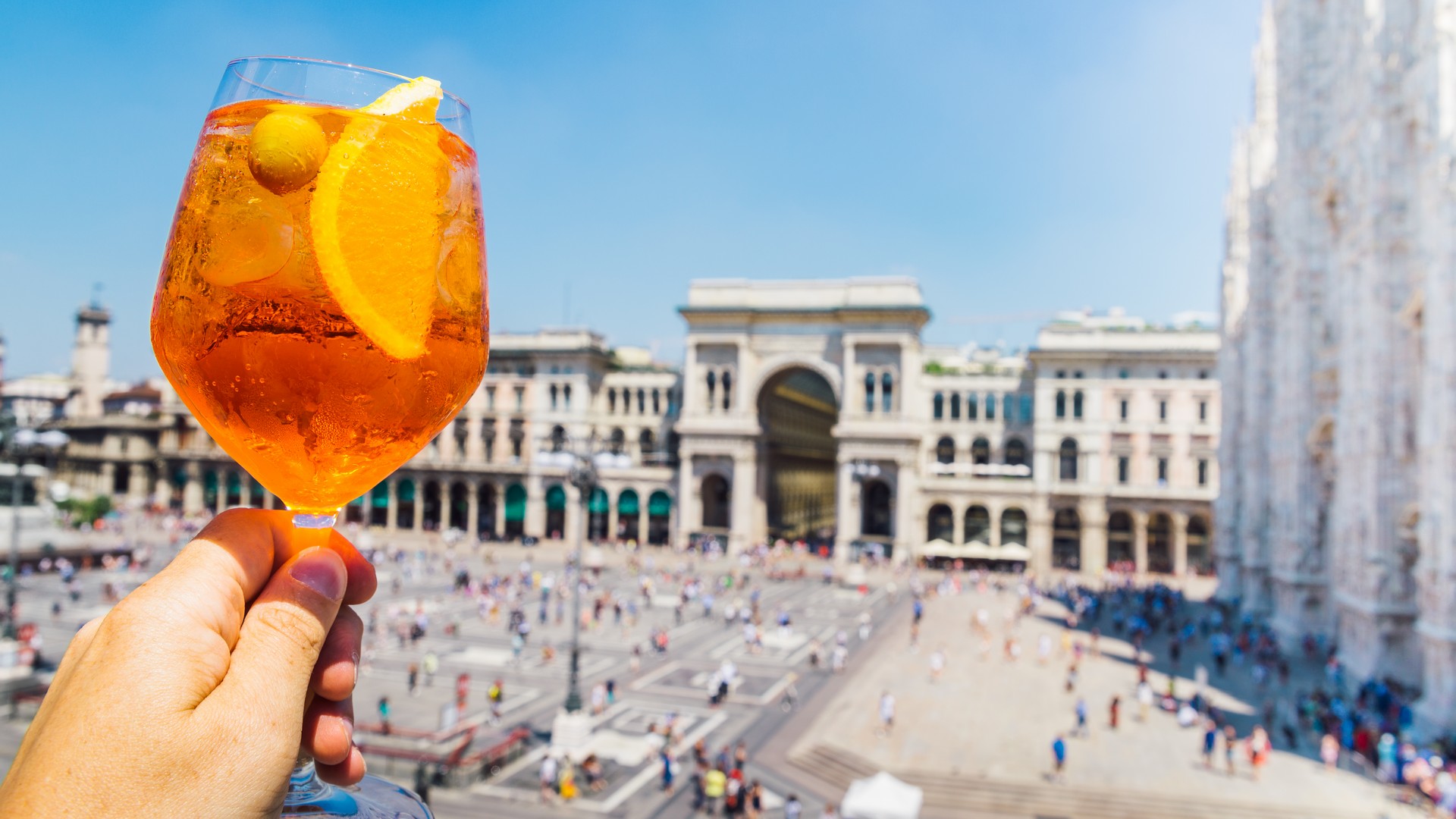 Food for Lords and Peasants

From the period of the Visconti and the Sforza, who governed the city between the 13th and the middle of the 16th centuries, the meneghina culinary art (from the Milanese dialect word meneghin, a Commedia dell'arte mask symbolising the capital of Lombardy), evolved in diametrically-opposed directions. The sumptuous gastronomy of the Milanese upper classes contrasted with the peasant food eaten by the people, the culinary sublimation of the ancient art of “making do”.

In fact, the two dishes most associated with Milan perfectly embody this duality: risotto alla milanese, enriched with highly valuable saffron which gives it its golden colour, symbol of wealth, and cassoeula, a poor man’s dish, made with vegetables and pork offcuts.

Her Majesty, the risotto alla milanese

Arborio, Vialone Nano, Carnaroli... Italy’s long rice tradition has established it as the biggest rice producer in Europe. Risotto alla milanese has a long and interesting past: the recipe was invented by chance in 1574 thanks to a painter whose nickname, “Zafferano” (‘Saffron’), came from the fact that he used to add a touch of yellow to his paints.
During a wedding he added the spice to the rice as a joke but as well as giving it wonderful flavour it also gave it a golden hue.

This symbolism was celebrated centuries later by one of the masters of Italian cooking, Gualtiero Marchesi, who paid homage to this emblematic Milanese dish by garnishing his “Gold and saffron risotto” with a wafer-thin leaf of edible gold.

Elephant ears... and that’s not all

Milan wouldn’t be Milan without its cotoletta or cassoeula. Occupying pride of place on Milanese tables is the cotoletta alla milanese whose origins go back almost 1000 years to 1134 when breaded and fried cutlets were offered by the abbot of the Basilica of Sant’Ambrogio. The official paternity of the dish has been hotly disputed between Italy and Austria, proud exporters of Wiener Schnitzel.
Veal and butter are the only ingredients required to make the perfect cotoletta alla milanese, which can be served in either the traditional way, slightly thicker and with the bone, or in “elephant ear” style, thinner and larger.

Meanwhile, cassouela is a typical poor man’s winter dish consisting of cabbage and offcuts of pork. There are also lots of legends connected with the birth of this ancient dish.

Another winter classic is trippa alla milanese, or busecca (the Milanese are nicknamed the “busecconi”, the ‘tripe eaters’), traditionally served during the festive period and a must on Christmas Eve.

Another pearl of the Milanese tradition is ossobuco (or geretto), in Milanese oss boss, the lower part of the veal shin, which is cut into slices and slowly braised. The bone marrow, which melts thanks to the slow cooking process, is a real gourmet treat, to be enjoyed with a teaspoon or, for real gluttons, by sucking it directly from the bone! Ossobuco is traditionally garnished with gremolada (a condiment of chopped parsley, garlic and lemon rind) and served with classic polenta or risotto alla milanese.

Other Milanese specialities include mondeghili (meatballs), a legacy of Spanish rule in the city (in fact the Milanese changed the Spanish term albondiga to albondeghito, and then to mondeghilo), and rustin negàa, or drowned roast, a dish consisting of veal medallions drowned in butter and stock: though less famous, it is so closely connected with the Milanese tradition that in 2008 it was awarded Denominazione Comunale di Origine (Municipal Designation of Origin) status for its day-to-day importance in Milanese cuisine.

Cheese is very important in Milanese cooking, so much so that Ugo Foscolo ironically nicknamed the city “Paneropoli” in honour of its prodigious consumption of this dairy product (panera in Milanese dialect means “cream”). The most famous is undoubtedly gorgonzola, from the municipality of the same name just outside Milan, which can be enjoyed in both its mild and strong varieties. Another excellent product with a long history is mascarpone, a cheese produced according to a special method in the Abbiategrasso area to the south of Milan: it is used as a the base for the typical cream that accompanies panettone and is the key ingredient of Italy’s best-known dessert: tiramisu.

Containing sultanas or candied fruit, panettone is one of Italy’s best-loved Christmas sweets: a mixture of flour, yeast, butter and eggs that has consecrated Milan’s pastry-making fame at international level.

Legend has it that in order to save a burnt dessert, Ludovico il Moro’s scullery boy, Toni, invented a sweet bread containing butter, candied fruit and leftover pasta, or “pan de Toni”, which proved to be an incredible success.

Also known by the nickname “La Milano da bere” (‘Happy Hour Milan’), in this city a drink after work is an absolute must. Milan is home to Campari, the bitter and unmistakable red spirit used as a base for the famous spritz, and it is no coincidence that the city also invented one of the most famous cocktails in the world, the Negroni Sbagliato, literally created ‘by accident’ (‘sbagliato’) by substituting the gin with sparkling wine.

In Milan happy hour is a genuine lifestyle choice and in the most vibrant areas of the city, like the Navigli, the Colonne di San Lorenzo, Corso Sempione and the Isola neighbourhood, as well as drinks you can also enjoy a taste of the Italian cuisine. In fact, bars and pubs that offer the famous “Milan aperitivo” often propose a wide range of titbits, from finger food to platters of cold cuts, pasta and rice dishes and buffets of vegetables, a perfect and economical halfway house between an aperitif and dinner.

After all this talk of food it is only right that we recommend a few hidden restaurants and trattorias on the streets of old Milan.

Passengers are informed that starting from Monday, June 15, 2020, commercial aviation traffic will be redirected to Terminal 1 of Milano Malpensa Airport. Terminal 2 and Milano Linate airport will be temporarily closed.
Close