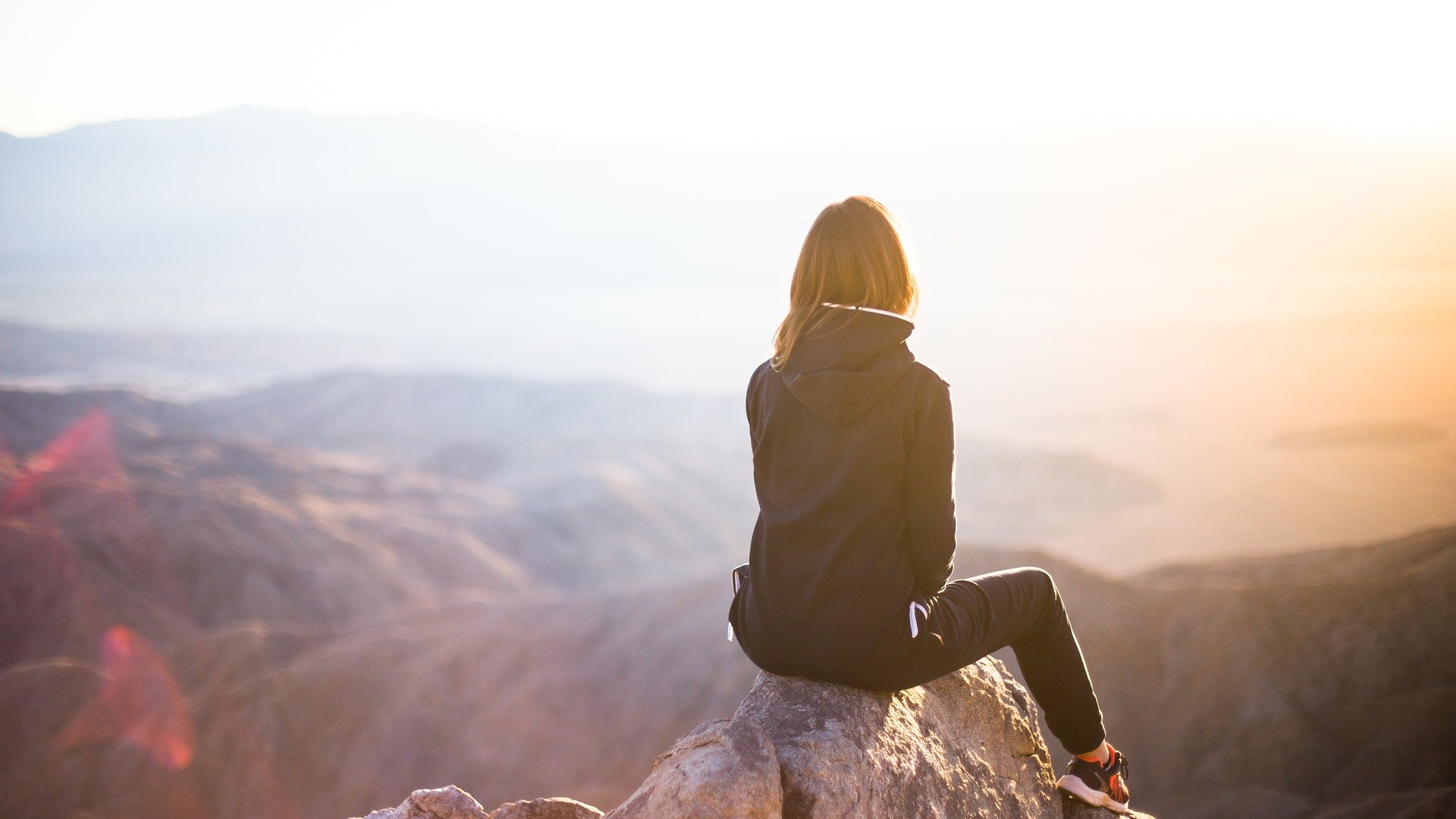 In search of the perfect mountain trail

Lombardy has some of the most beautiful mountain trails in all of Italy. Hiking lovers are spoilt for choice, with routes of varying levels of difficulty and length designed for expert trekkers alongside easier trails for beginners, families or people who simply want a relaxing stroll accompanied by the colours and smells of Lombardy. There are plenty of places to stop off along the way too, giving you the perfect opportunity to take a load off and sample some delicious local food.

For the more advanced hikers

The Alta Via dell’Adamello, also known as "Sentiero n. 1", is without doubt one of the most popular trails. A medium-difficulty 85-kilometre route situated at between 2000 and 3000 metres above sea level, it’s perfect for tackling in stages – there are some more challenging stretches – and represents a wonderful way of discovering the Parco dell’Adamello.

Stretching between Val Codera and Val Masino is the Sentiero Roma, one of the most enjoyable and classic routes in the central Alps. The path starts at 2100 metres above sea level at the Omio Refuge and ends at the Cameraccio Pass at an altitude of 2950 metres.

Last but certainly not least, the more adventurous can tackle the Sentiero Glaciologico in the Parco Nazionale dello Stelvio, running from the Valle dei Forni in Valfurva to the base of the glacier itself, where a suspended bridge over the Frodolfo stream makes crossing the water an exhilarating experience. Sightings of ibex, roe deer, marmots and foxes are common in the area, with the animals often venturing up to the refuges – much to the joy of hikers.

The Sentiero delle Orobie, between Bergamo and Lecco, features an abundance of streams and rivers and encompasses the Cascata del Serio waterfall in Valbondione (the tallest in Italy).

The Parco delle Orobie Bergamasche is renowned across Europe for its rich biodiversity, and the Sentiero dei fiori e delle farfalle (Path of the birds and butterflies) provides a wonderful example of this.

The more observant will be able to spy the Cattedrale Vegetale, a cathedral made entirely from local vegetable matter including flexible wood, nails and rope according to ancient weaving techniques.

If you’re on the look-out for a shorter route, head to the Lago Palù trail, one of the most popular in the Valmalenco area. The lake is situated at 1921 metres above sea level and is reached via a pleasant 4 km trail among conifer and larch trees.

Another great trail for all the family runs from Linzanico to the Cascata del Chenghen waterfall, known as the "jewel of the Grigna". The route includes wonderful views of Lake Como and leads to the Grigna Meridionale mountain and its elegant Cresta Segantini ridge.

The Grigne Mountains are perfect for lovers of more demanding – yet equally satisfying – routes. The unmistakeable silhouette of the mountains dominates the countryside around Lecco and Lake Como. The biggest mountain is Grigna Settentrionale, known as Grignone (literally Big Grigna) on account of its 2410 metre height, with the famous Brioschi Refuge at the summit. At 2111 metres, Grigna Meridionale – or Grignetta (Little Grigna) – is popular for its magnificent natural landscape and huge variety of routes for trekking, mountaineering and rock climbing.

For the lake lovers

“Even the village/tiny and slightly steep/gave to the lake/the harmonious enchantment/of one of its sceneries…” was how German poet Herman Hesse described Lake Como. Lombardy is the perfect region to follow in his footsteps, given its incredible array of lakes, ranging from Lake Maggiore to Lake Garda. The region is scattered with lakes large and small, some of which it’s possible to swim in – and all of which deliver beautiful views and unforgettable experiences.

Situated in the west of Lombardy, on the border with Piedmont, Lake Maggiore is one of the most popular tourist destinations in the area. The lake is a true gem just waiting to be discovered, and there’s no better to way to do it than by taking the trail along the shore from Intra to Luino, taking in enchanting villages and hamlets along the way.

In Pallanza, you’ll happen on Villa Taranto, with its magnificent botanical gardens. The Borromean Islands are also well worth a visit, as it the hiking trail leading to the Sasso del Ferro mountain (in the Laveno area), where a panoramic look-out point at over 1000 metres above sea level gives you a unique view of the valley and the majestic Alps behind.

In the footsteps of Manzoni

One of the most famous routes in the Lake Como area is without doubt the Sentiero del Viandante, a nature trail along "that branch of the lake of Como", as Alessandro Manzoni wrote in his celebrate book The Betrothed. Stretching around 9 kilometres from Varenna to Bellano, the trail follows in the footsteps of the wayfarers who travelled from Italy to France and Switzerland.

Split into various different stages, the route encompasses some of the area’s foremost attractions, including the beautiful town of Varenna, with its churches and view of the lake, and the tiny medieval fishing village of Corenno Plinio.

If you already have some experience of hiking, the trek to the summit of Monte Berlinghera will repay your efforts with one of the most beautiful look-out points in the Lario area, from where you’ll be able to see everything from Valtellina to a huge stretch of the lake itself.

If you’re looking for a simpler walk suitable for all the family, there are two very pleasant options in the Lake Como Greenway, a route of around 10 kilometres, taking in ancient hamlets and Romanesque and Baroque churches on its way between Colonno and Cadenabbia, and the Sentiero delle Espressioni in Valle Intelvi, a magical trail combining art and nature thanks to the many sculptures carved into tree trunks along the way.

To the east, Lakes Iseo and Garda

In the eastern part of Lombardy, in between the provinces of Bergamo and Brescia, is Lake Iseo. In 2016, this tiny gem, packed with unspoilt views, was chosen by the artist Jeanne-Claude Christo as the location for his temporary The Floating Piers installation, which connected Monte Isola, l’Isola di San Paolo and the mainland, giving visitors the wonderful experience of being able to walk on water.

The southern bank of Lake Iseo has plenty of walking trails in the Oglio Valley, as well as the beautiful towns of Sarnico and Paratico and the Riserva Naturale delle Torbiere del Sebino.

No tour of Lombardy’s lakes is complete with a visit to the stunning Lake Garda, the largest in the area. The lake is surrounded by numerous trails, such as the Sentiero della Ponale (an ancient route connecting Riva del Garda and the Valle di Ledro), which leads to a waterfall on the Ponale stream. Another trail runs from Tremosine to Monte Bestone, the summit of which offers a breath-taking view of the village of Limone and the wider lake.

Following in the footsteps of millions of pilgrims and vagabonds, Via Francigena is without down one of the most spiritual routes in Italy. A massive route (over 2000 kilometres) of huge cultural importance, Via Francigena stretches across Europe from Canterbury in the UK to Rome, via France and Switzerland. The Lombardy stretch of Via Francigena is over 140 kilometres in length, running from Palestro through the Lomellina and Lomellina areas to Corte Sant’Andrea, the point where pilgrims would continue their journey over the Po.

Well worth a stop along the way are Pavia, the old capital of the Kingdom of the Lombards and the home of one of the oldest universities in the world (dating back to 1361), Belgioioso castle and Vigevano, the "ideal city" designed by Leonardo da Vinci.