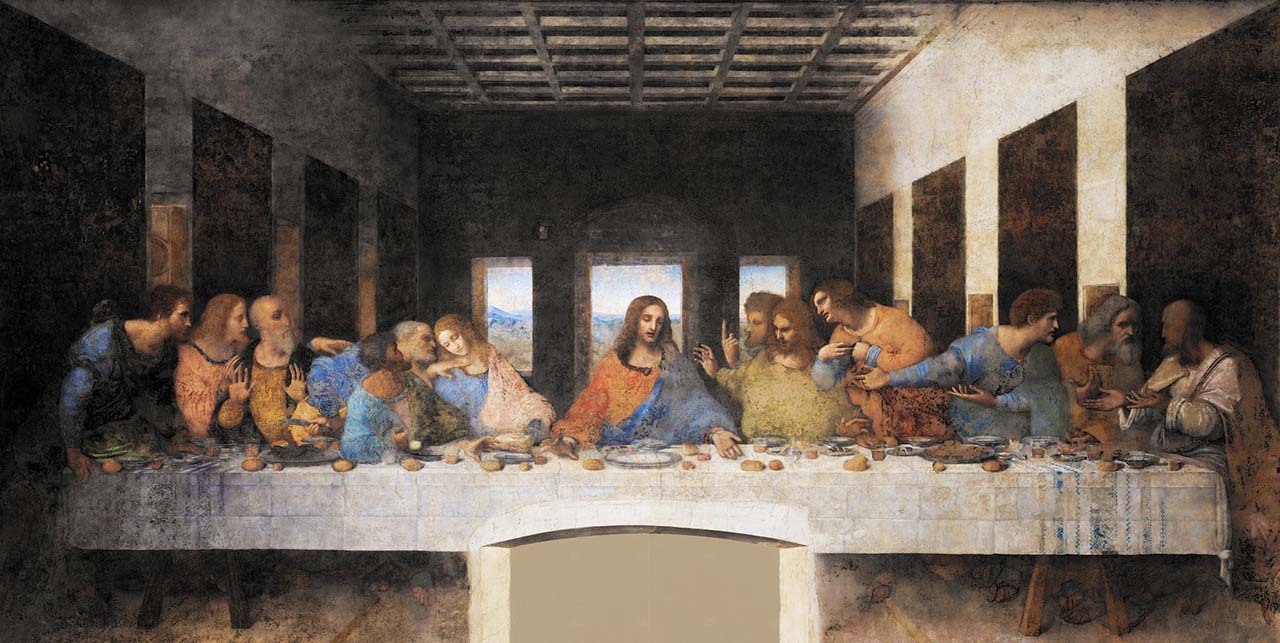 It was called Mediolanum by the Romans, which means "Middle-earth". A strategic position for a city that has a very long history behind it. Milan, the capital of Lombardy and a symbol of industriousness, has so much to offer, as does the region of which it is part. Because Lombardy is the Italian region with the most UNESCO sites on its territory: in fact, there are ten places declared a world heritage site.

Let's go and find out where these places are, so that we can breathe in the great history that has shaped the region, its capital and the whole nation of Italy.

Let's start with the UNESCO sites in Milan: in fact, it is right in the heart of the Lombard capital that we find one of the most precious testimonies of our past. We are talking about the Church of Santa Maria delle Grazie and the priceless treasure that hides inside it: The Last Supper by Leonardo da Vinci, located in the refectory of the former convent.

A Renaissance jewel of northern Italy, the Church of Santa Maria delle Grazie is a must-see when planning a stay in Milan. The guided tours inside the church retrace the stages of the entire construction of the religious complex, from the church to the convent. The guided tour inside the basilica, however, does not include a visit to the room where the Last Supper is kept, which must be booked separately. The entrance to the former refectory, in fact, is permitted to 25 people at a time on specific days of the week. These precautions are designed to preserve the beauty of Da Vinci’s masterpiece.

UNESCO sites near Milan: the rock engravings of Val Camonica

Not only Milan: there are several other UNESCO sites in Lombardy, and they belong to diametrically opposed eras. With that in mind, let’s move about a hundred kilometres and leave behind the metropolis of Milan: an oasis of peace and tranquillity await us that, in addition to its beautiful landscape, hides the first Italian site to be included by UNESCO among the World Heritage Sites.

We’re talking about Val Camonica and its rock engravings. Val Camonica is an open-air museum, a magical place where visitors can admire one of the oldest
artistic expressions of man. The rock art of Val Camonica unfolds along a 13-thousand-year timeline that, from the Upper Palaeolithic, reaches the end of the first millennium BC. The scenes of hunting, dance, and agriculture depicted are one of the largest testimonies in the world of prehistoric petroglyphs. All those who intend to visit this splendid Lombard UNESCO site can choose between different routes, which wind through the eight different rock art parks of Val Camonica.

Halfway between Milan and Bergamo, instead, there is a UNESCO site that belongs to a much more recent era: Crespi d'Adda. In this case, the entire town has been listed as a World Heritage Site. Crespi d'Adda, a hamlet of Capriate San Gervasio, is an industrial site of inestimable historical value: it is, in fact, one of the best-preserved examples in the world of a working-class village.

Walking through the streets of Crespi d'Adda, which are silent and evocative, you can breathe the air of the past and get a hands-on experience of one of the
model industrial villages of the nineteenth century.

Let's move to Valtellina to discover one of the most beautiful UNESCO sites in Lombardy when it comes to its landscape. We are talking about the Rhaetian Railway and more specifically, of the poetic Trenino Rosso del Bernina or red Bernina train, a World Heritage Site since 2008.

This is a 122-km railway network connecting Italy to Switzerland. From Tirano to Saint Moritz, this little red train climbs the tiring climbs of the Bernina Pass,
reaching 2256 meters of altitude at its highest point, the Ospizio Bernina station. The itinerary of this little red train winds along a route of high landscape value, which tourists can admire from the windows of the wagons or from the panoramic glass roof.

The Trenino Rosso del Bernina, which climbs up the mountains relying only on the natural adhesion provided by the railway tracks, is a rare example of human construction perfectly integrated into the environment.

We recommend staying in the Bergamo area to take a walk in Bergamo Alta. Because it is here that you will find another of the splendid UNESCO sites of Lombardy. The Venetian walls have been awarded a prestigious title: a majestic architectural work dating back to the sixteenth century, these walls extend for over 6 km, drawing the magical appearance of the Upper Town. Walking along the walls you can enjoy a moment of reflection, a break from the city chaos, or a wonderful sunset that, from the upper town, extends over the territory below.

Other Unesco sites in Lombardy: a trip around Milan

The list of UNESCO sites in Lombardy is quite extensive and gives tourists and non-tourists alike the opportunity to enjoy in a priceless way places of high historical and cultural value. Below is a list of the remaining World Heritage sites located around Milan.

This varied Lombard UNESCO site includes nine Italian sacred mountains on which the visitor can admire chapels and religious buildings of high architectural value, built between the sixteenth and seventeenth centuries.

A unique testimony to the world of Renaissance urban architecture, these two cities are an open-air masterpiece. And if Mantua is the city-court par excellence, Sabbioneta was designed by the Gonzagas to become a city of art and culture. Both cities are a must-see for all those who want to admire the architectural beauty of Lombardy.


Let's move to the province of Varese to discover the fossil beauties of Monte San Giorgio. The Italian side of this mountainous relief between Lombardy and Switzerland became a World Heritage Site in 2010: in this Lombard UNESCO site you can find the most important marine fossil deposits in the world (in a state of exceptional conservation), dating back to the Middle Triassic.


Among the UNESCO sites in Lombardy one cannot but mention the pile-dwelling sites: they are located around the Alps and are distributed in six different countries. In Italy, and in Lombardy alone, there are 10 places where you can admire the unique characteristics of settlements and villages dating back to 5000 BC. From Lake Varese, where there are the oldest piles, to Lake Garda, visitors can go back in time to the days of primitive men.


These are seven locations that were added to the UNESCO World Heritage List in 2011.

Sites of the highest historical value, these are places where visitors can admire the monumental, artistic and architectural heritage dating back to the Lombard era. The UNESCO Sites in Lombardy include the monastic complex of San Salvatore-Santa Giulia in Brescia and the area of the castrum in Castelseprio, in the province of Varese, where we will find the monastery of Torba, the church of Santa Maria Foris Portas and the ruins of the Basilica of San Giovanni Evangelista.